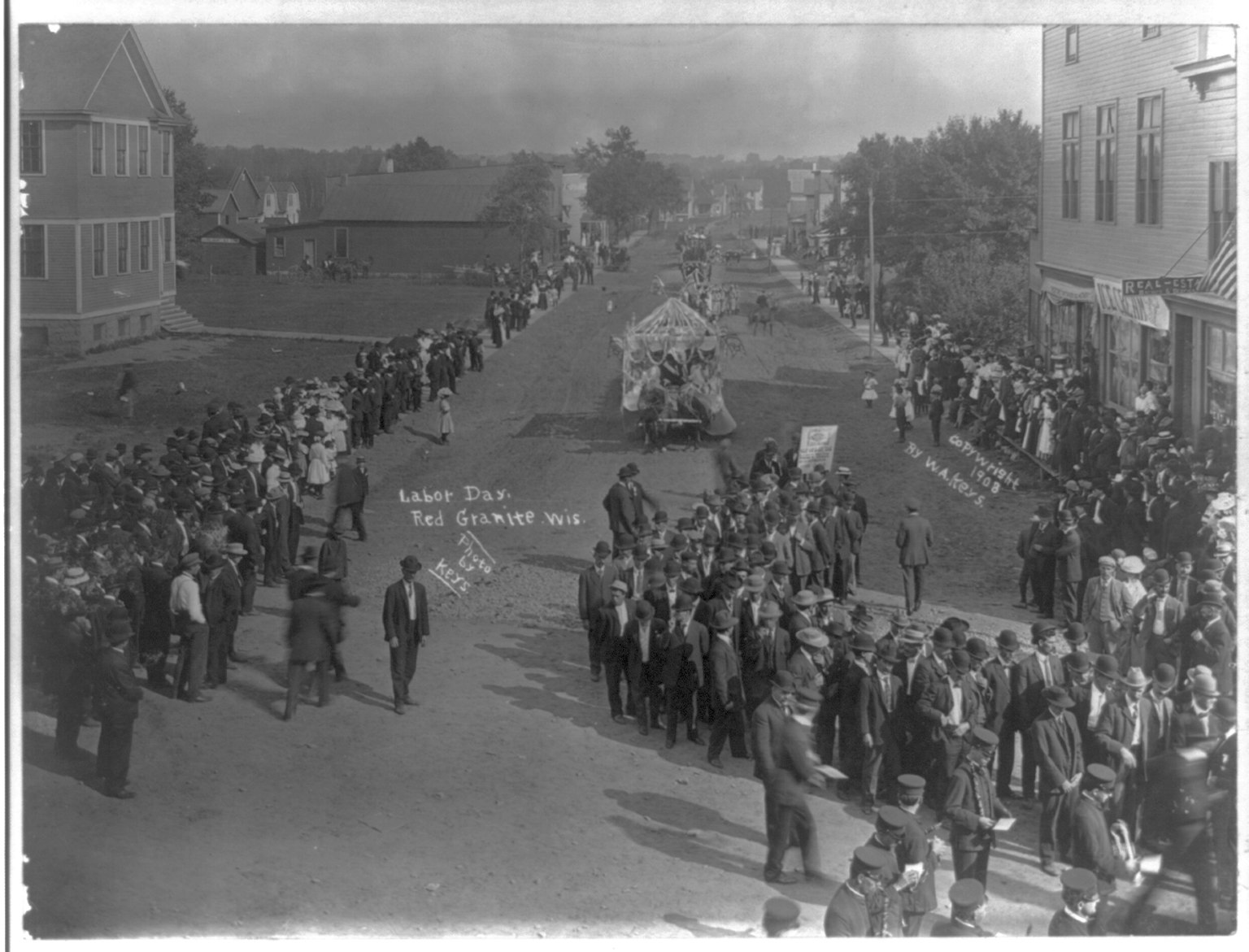 Happy Labor Day!  Labor Day, observed the first Monday in September, is an annual celebration of the social and economic achievements of American workers. The holiday is rooted in the late nineteenth century when labor activists pushed for a federal holiday to recognize the many contributions workers have made to America’s strength, prosperity, and well-being.

Many Americans celebrate Labor Day with parades, picnics and parties – festivities very similar to those outlined by the first proposal for a holiday, which suggested that the day should be observed with – a street parade to exhibit “the strength and esprit de corps of the trade and labor organizations” of the community, followed by a festival for the recreation and amusement of the workers and their families. This became the pattern for the celebrations of Labor Day.

Speeches by prominent men and women were introduced later, as more emphasis was placed upon the economic and civic significance of the holiday. Still later, by a resolution of the American Federation of Labor convention of 1909, the Sunday preceding Labor Day was adopted as Labor Sunday and dedicated to the spiritual and educational aspects of the labor movement.

American labor has raised the nation’s standard of living and contributed to the greatest production the world has ever known and the labor movement has brought us closer to the realization of our traditional ideals of economic and political democracy. It is appropriate, therefore, that the nation pays tribute on Labor Day to the creator of so much of the nation’s strength, freedom, and leadership – the American worker.

Labor Day is called the “unofficial end of summer” because it marks the end of the cultural summer season. Many take their two-week vacations during the two weeks ending Labor Day weekend. Many fall activities, such as school and sports, begin about this time.

In the United States, many school districts resume classes around the Labor Day holiday weekend. Some begin the week before, making Labor Day weekend the first three-day weekend of the school calendar, while others return the Tuesday following Labor Day. Many districts across the Midwest are opting to begin school after Labor Day.

In the U.S. state of Virginia, the amusement park industry has successfully lobbied for legislation requiring most school districts in the state to have their first day of school after Labor Day, in order to give families another weekend to visit amusement parks in the state. The relevant statute has been nicknamed the “Kings Dominion law” after one such park. This law was repealed in 2019.

In the U.S. state of Minnesota, the State Fair ends on Labor Day. Under state law, public schools normally do not begin until after the holiday. One reason given for this timing was to allow time for schoolchildren to show 4-H projects at the Fair.

In U.S. sports, Labor Day weekend marks the beginning of many fall sports. National Collegiate Athletic Association (NCAA) teams usually play their first games that weekend, and the National Football League (NFL) traditionally plays their kickoff game the Thursday following Labor Day. The Southern 500 NASCAR auto race has been held on Labor Day weekend at Darlington Raceway in Darlington, South Carolina from 1950 to 2003 and since 2015.  At Indianapolis Raceway Park, the National Hot Rod Association holds their finals of the NHRA U.S. Nationals drag race that weekend.  Labor Day is the middle point between weeks one and two of the U.S. Open Tennis Championships held in Flushing Meadows, New York.

In fashion, Labor Day is (or was) considered the last day when it is acceptable to wear white or seersucker.

There are numerous events and activities organized in major cities. For example, New York offers the Labor Day Carnival and fireworks over Coney Island. In Washington, one popular event is the Labor Day Concert at the U.S. Capitol featuring the National Symphony Orchestra with free attendance.

To take advantage of large numbers of potential customers with time to shop, Labor Day has become an important weekend for discounts and allowances by many retailers in the United States, especially for back-to-school sales. Some retailers claim it is one of the largest sale dates of the year, second only to the Christmas season’s Black Friday.

Happy Labor Day to you and yours.  We hope you enjoy the celebration.  The text and images above are open source, from sites including Wikimedia, Wikipedia, and the U.S. Department of Labor.

We welcome your comments, questions and suggestions.  Please contact us with questions.  Best to call, email or visit our site for the best response.  We do invite you to engage with us on social media (just not for immediate needs).

KeithKlein.Me is a project of OnYourMark, LLC.  This Happy Labor Day post first appeared at https://www.onyourmark.com/happy-labor-day-with-some-labor-day-history/

Keith & Your Team at OnYourMark

About the Author keith