“Savor good moments” means have good moments and internalize them to make them part of you.  When you recognize joy, talk to yourself about it.  Feel it.  Express the wonder of the moment.  Express your gratitude for it.  Store it up inside of you.  Save it to offset the mundane times, the terrible times, the generally out-of-kilter times we all go through.  Doing this will help you be aware, whatever the times bring, of the joy you have within your reach.  When you savor good moments, you’ll have a buffer against bad times, and a generally more self-aware, positive outlook all the time.

To internalize a good moment – whether that represents a glance, a nod, holding your new puppy or newborn child, a walk down the aisle (to be recognized, to receive a diploma, to wed), an hour, a day, week or month – you have to have the experience and recognize it for what it is: a joyful moment.  To internalize that moment, let it wash through you so you are intensely aware of it.  Feel it fill you up. 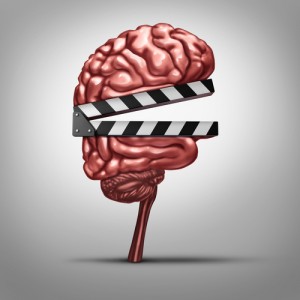 Expressing your gratitude for these moments starts with self-expression.  Tell yourself how lucky you feel; how honored, how humbled, how awed, how energized the moment makes you feel.  Express that gratitude to others if it is appropriate.  Tell them how their role in the moment was a positive one.  Thank the Lord and/or the Universe for sharing the opportunity to realize that moment.

Store it up by letting it pass through you and fill you so thoroughly that you and the moment become one, and you know you are part of that moment and that moment is part of you.  When you make a practice of savoring and saving good moments, you’ll have a good foundation for weathering the storm of bad moments; the loss of a loved one, a job, a home, a relationship – losses are more bearable when you’ve a ready store of good moments that are part of you.

I was reminded of this philosophy when I saw this TED Talk yesterday:

I was browsing TED Talks (one of my best Media Junkie habits) and found this one.
From the YouTube page:
Hardwiring Happiness : The Hidden Power of Everyday Experiences on the Modern Brain.  How to overcome the Brain’s Negativity Bias. Rick Hanson is a neuropsychologist and the author of Hardwiring Happiness: The New Brain Science of Contentment, Calm, and Confidence, best selling author of Buddha’s Brain, founder of the Wellspring Institute for Neuroscience and Contemplative Wisdom and an Affiliate of the Greater Good Science Center at UC Berkeley, he’s been an invited speaker at Oxford, Stanford, and Harvard, and taught in meditation centers worldwide.

Your comments are welcome.  So are your suggestions and questions.

I’ve recommended Audible Books forever.  I’ve been saying this for years:  Audible.com is one of the best sites on the web.  That was true even when the site was much slower and clunkier than other great e-commerce sites.

With Audible’s acquisition by Amazon, Audible.com has only gotten better.  I used to have to do a dual search on Audible and on Amazon.com because the reviews on Amazon were far greater, in quantity and quality.  Now Audible Books lists both sets of reviews right at Audible.com!
>>Try Audible and Get Two Free Audiobooks   <<<

What am I getting?

My reading goal for many years was 25 books per year.  When I discovered Audible Books at least twelve or  fifteen years ago, I was able to increase my annual reading goal to 50 books!  I’m able to “read” many more books by listening (while driving, showering, working, etc.) than ever before.   Moreover, I find myself listening actively two, three or more times to particularly interesting and salient information, often taking notes as I do so.  Great for business reading!

By the way, Audible Books are a great value!  I average about $10 per book by buying in bulk and by taking advantage of 3 books for 2 credits type deals. 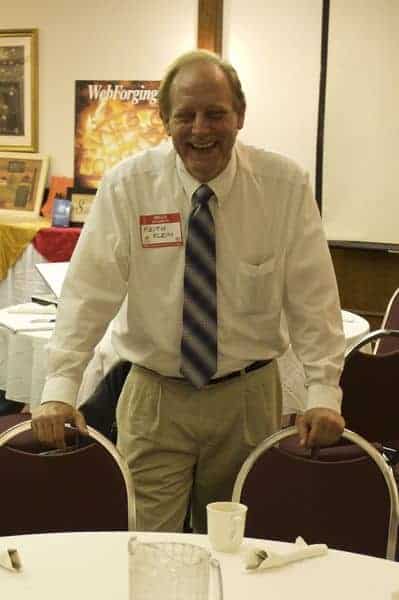 Note: the link gives me a nominal affiliate credit for your free try and/or purchase of Audible Books.  I would recommend them (I have recommended them for years) even without the free Audio Books link.

I’m working on Labor Day weekend.  Enjoying it or I wouldn’t be working all three days of the long weekend.  Nevertheless, to break it up I decided to treat myself to some TED Talks while I work.

I learned about TED at least five or six years ago.  Maybe more.  The night I discovered TED, I was so consumed by the ideas and the speakers that I watched it all night long.  I had calls with prospects and clients scheduled the whole next day.  I thought about getting sleep.  The energy produced adrenalin that took me through the night.  That TED experience translated into four wonderful conversations with four great clients about four different topics experienced on TED the night before.  One of those was a prospect when we met that day. They’ve been a client ever since.  I’ve been a TED evangelist ever since.

I logged onto TED this morning and found The most popular talks of all time.

I’m watching more than I bargained for!

I’m a fan of several of the top 20 already.  One of them is my all-time favorite.  I shared it with more people than any other.  That is Jill BolteTaylor’s, My Stroke of Insight.  Please give that one a listen (below).   Combine that with Why we do what we do from Tony Robbins, and one or two of your choice from the top 20, and you may find yourself as big a TED junkie as me.

Why TED is the Best Media

Ideas worth spreading.  That’s the slogan.  More than a slogan, it is what they present!

Powerful presenters.  The top minds and talents in their fields, with practiced energy.

Focused Presentations.  90% or more of TED presentations are 18 minutes or less.  This is the reason we keep presentations at Wisconsin Business Owners to thirty minutes, including a dozen minutes of Q & A.  If you can’t get your point across in eighteen minutes, you’re not practiced enough.

User Interface.  I like the search function, the groupings and the ease of sharing.

Emotion & Spirituality.  As  Jill Bolte Taylor’s My Stroke of Insight illustrates most profoundly, and Tony Robbins’ Why we do what we do actually examines, the emotion and spirituality we bring to the table is what makes the difference in what we are, to ourselves, and to one-another.

In conclusion, the best minds give focused presentations on “ideas worth spreading” with great production values and awesome emotion and spirituality.  That’s why TED is the Best Media.

Music, in this Ode to the Brain Remix by Symphony of Science, shows why Jill Bolte Taylor’s TED Talk is a personal favorite.

About half or more of the speakers in the remix are remixed from their TED talk.  Take advantage of the best media out there.  It costs $6,000 to attend a TED conference.  Yet the presentations are available to all of us here for free.

I DVR a lot of TV.  Mostly interview shows and music shows and a ton of Book TV.  And Around the Corner with John McGivern.   I listen more than I watch.  On a Sunday, a few days before my Grandson Noah Klein was born, I was startled to see my Grandpa on TV!

I was catching up on a few episodes of Around the Corner.  I was particularly enjoying this one, an hour-long special with John Gurda.  John Gurda wrote a few books I read for a class enjoyed at UW-Milwaukee, “Milwaukee, Yesterday, Today & Tomorrow,” taught by Frank Zeidler, the last socialist mayor of Milwaukee.

Roughly two-thirds of the way into the episode, Gurda and McGivern went from Milwaukee to Chippewa Falls.  That’s where my Grandma Mabel and Grandpa Reuben Klein were from, and where they are buried.

This portion of the show used the Ken Burns pan-and-scan videography effect on old lumberjacking photos,  I got up from my desk and went to my easy chair to watch.  Some of the photos looked like they were the same vintage – maybe even by the same photographer – as old photographs I have.  The conversation between McGivern and Gurda was great.  As the photos became more familiar I really focused in on this portion of the program…then I let out a holler that scared the dog and the wife about equally, “My Grandpa’s on TV!”

Reuben Klein Logging Northern Wisconsin. Grandpa Klein is standing on the second log up. Find the fellow in the right-foreground resting a hand on a handle. Reuben Klein is the man directly above him.

Sure enough, there was Reuben Klein! My Grandpa, in the exact same picture as the framed 8 x 10 within arm’s reach of my chair on the wall in my home office!

I was overwhelmed, watching it over and over.  (Still have it on the DVR, even though I have the web link.)  I’ve shown it to everyone who will look.  I thought about it the night Noah was born.  His grandfather’s grandfather was on TV!

I’m lucky to have a few 8 x 10 pictures from that lumber camp.  One photo is that of the half-underground, sod-covered structures that were the heart of the camp – the cook shanty / mess hall and the barracks .  The other photo (also framed on my home office wall) is that of just one other fellow and my Grandpa.  They have about a ten foot, double-handled saw blade halfway through a four-foot diameter tree trunk.  Ice hangs from the other fellow’s mustache.  Grandpa’s flannel overshirt is open halfway down the front, no doubt because they were warm from the work.

Those pictures remind me of the stories I heard from Grandpa, and later Grandma Klein and my Dad, Lloyd Klein.  Grandpa was about 18 in those pictures.  He stood 6′ 6″ and weighed 250 pounds without a hint of fat on his frame.  He worked from sunrise to sundown for $1 a day.  There are more stories I’d like to share one day.

Tune in at the 41 minute, 11 second mark in this video to pick up on the Chippewa Falls segment.   That’s where my interest picked up from the audio (wonderfully done throughout) to the audio and video.

At about 43 m, 12 s, the conversation turns to the historic lumber industry in Wisconsin.  I love listening to all of this portion because the lead-in to my Grandpa’s photo rings so true of the history I’ve heard.  This is where Paul Bunyan was born.  These lumberjacks were Wisconsin’s cowboys.

Fascinating history here.  At one time about a thousand saw mills in Wisconsin.  By 1890, a quarter of the wages in the entire state were paid by the lumber industry.

Reuben Klein appears at the 46:26 mark in the video.

Thank you so much John Gurda.  You too, John McGivern.  Your show is wonderful.  You made this grandson’s – and new grand-dad’s – day!

Around the Corner with John McGivern is at http://www.mptv.org/localshows/around_the_corner/